Recession Worries Upon the USA

Is Real Estate Headed to a Recession? 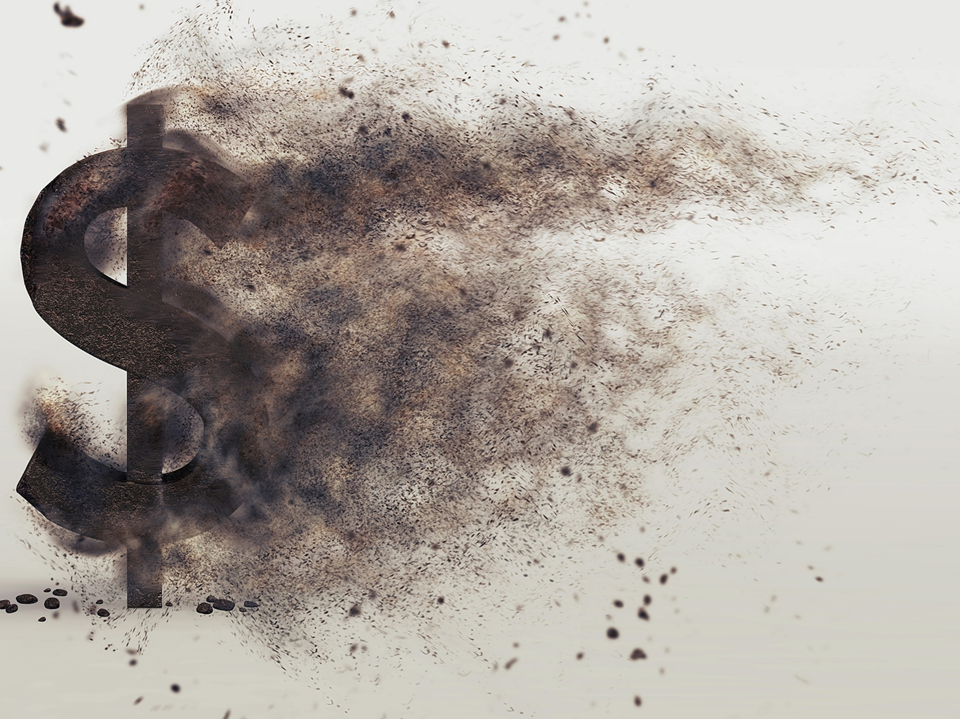 We want to make sure our customers and clients are educated and prepared so that we can understand the effects a potential recession may have on Real Estate so that you can make good decisions regarding when, if, and how you should make your next Real Estate move.

Now, the main reason that there will be a lot of talk about recession is politics and that there have been four major surveys so far this year, one by the Wall Street Journal, one by Duke University, one by the National Association of Business Economists, and one by the Pulsenomics, who surveys a little over 100 market analysts. 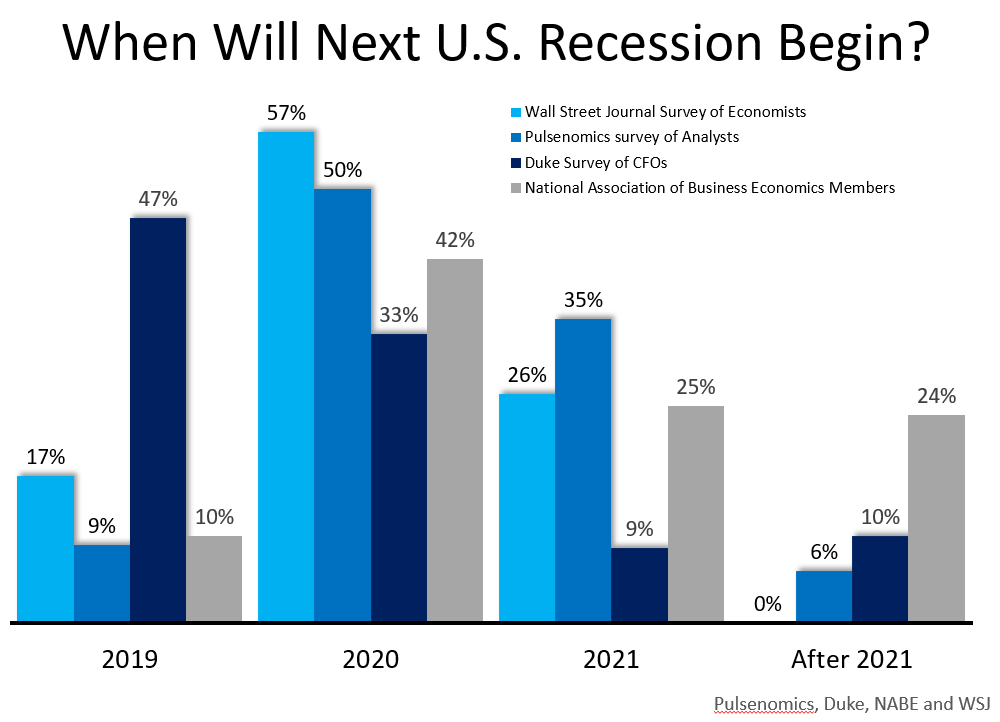 So, you have a feeling for what each survey said. Now, to make it simple, what we did is we took all four years- all four time elements- and we combined all the people who thought it at that point in time and divided by four. Meaning, here’s really the combined number of each year as a percentage of all respondents to all four surveys. 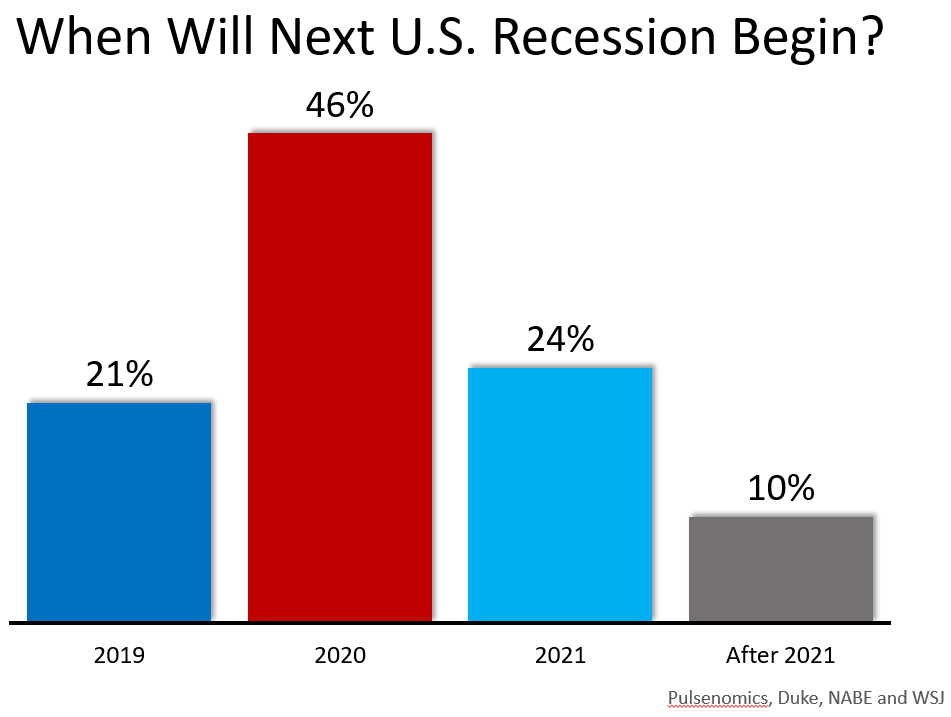 So, the reason we’re giving you this right now is we have to see that 67 percent, two out of three of all the people surveyed in all four of those surveys, said that we’re going to come across a recession between now and the end of next year.

“Why is it good, and is it about to come apart?” That’s going to be part of the political speak. So, I need you to be on top of that because, if we don’t get on top of it, we could have, not the same results of 2008 because it’s not the same situation as 2008. 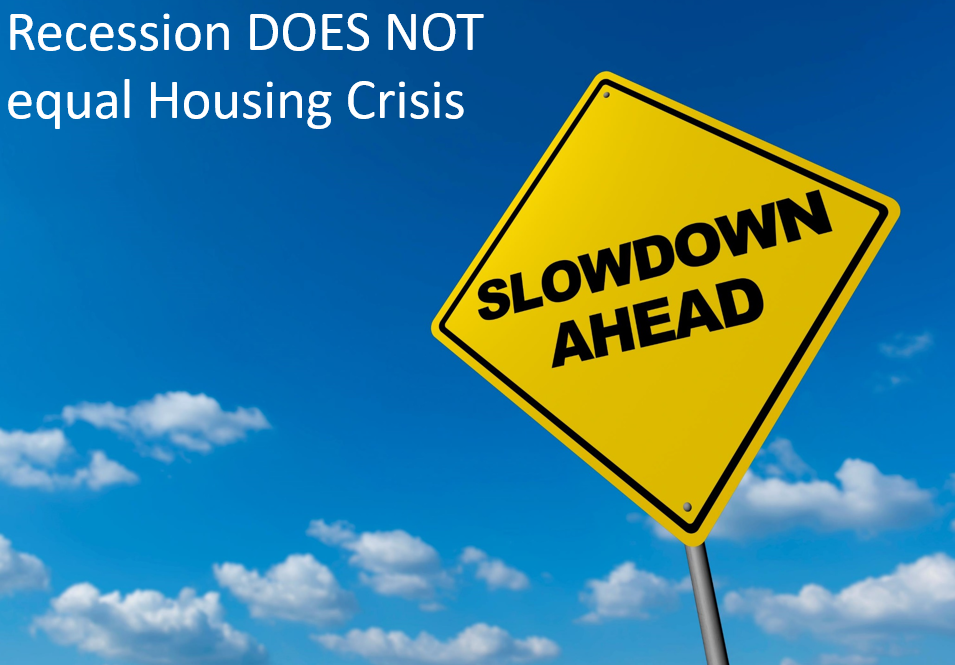 I want to point out two different quotes from last year when they did a study and looked back on 2008. The ten-year anniversary of the crash of 2008, they looked back at it, and they said, “What were the major challenges that happened in 2008 to cause the whole economy to crash, the worldwide economy to come to its knees?”

First of all, Ben Bernanke, last year: “My results do suggest that, in the absence of the panic, the declines in employment, consumption and output at the early stages of the Great Recession would have been significantly less severe.” So, Ben Bernanke is saying, “If people didn’t panic, 2008 would have been nowhere near as bad as it actually wound up being.”

And the second quote I have is from Warren Buffett, in a 2018 Wall Street Journal interview, again, looking back at 2008, ten years later. And his quote is: “Fear spread like a tsunami in 2008.” || 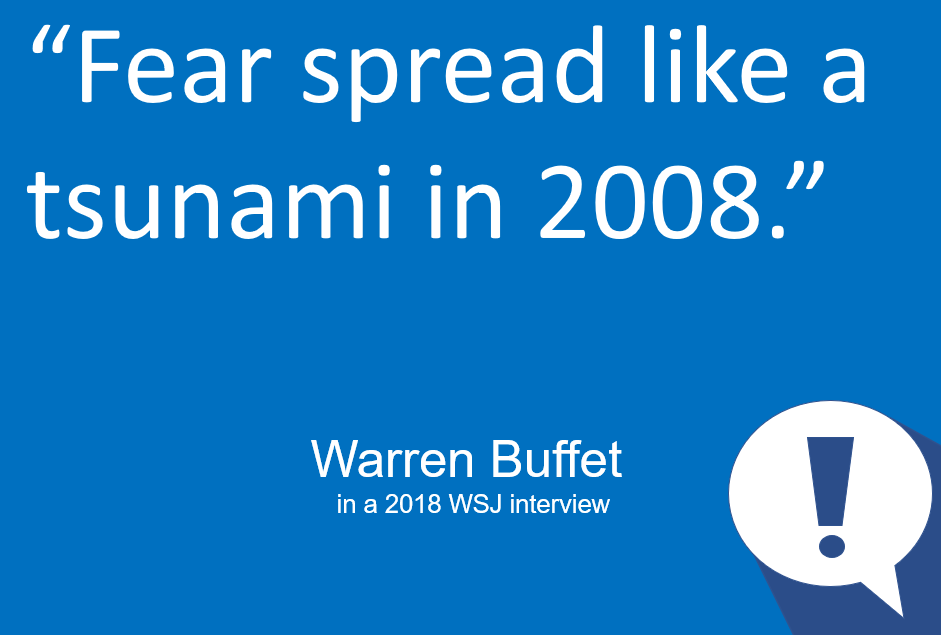 So, what are we saying? Well, the word “recession” is going to come up. People are going to think about what happened in 2008 and equate it to now. And that’s going to cause a panic if we let that happen. And that panic, again - it won’t be as bad as 2008. But it’ll be worse than it needs to be if we don’t control the panic. 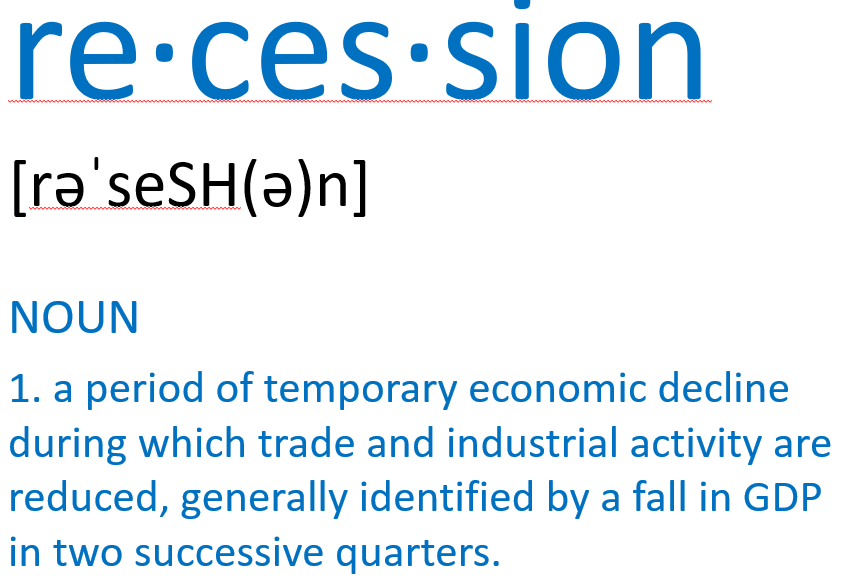 Now, why are so many experts predicting that we’ll have recession in the next 18 months? Well, ladies and gentlemen, let’s take a look. We’re now in the longest recovery in American history.

However,  what I’m concerned about is people will equate the word “recession” to housing crisis and think we’re going to have the same results of what happened in 2008.

But, if we look at the four previous recessions, three of the four times, prices went up, two of those three times, they went up almost double the normal historical average, and the other time that it dropped, priced dropped, they dropped by less than two percent.

The most current survey, which was just done a couple of weeks ago, was the Pulsenomics Survey of Analysts. And they asked them, “When will the next U.S. recession begin?”

59 percent said, “Yes, the recession’s coming.” But what wasn’t reported in the news is that same day on that same survey to those same exact analysts, they asked other questions. One question was, “What was going to trigger the next recession?” 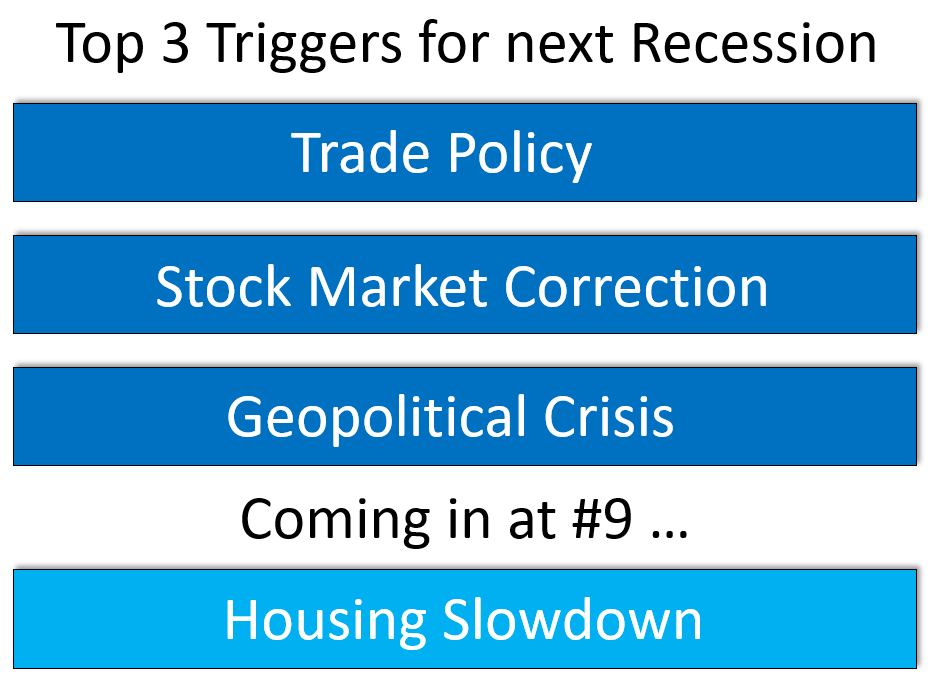 The top three triggers, according to that same exact survey that projected a recession was coming - this is what they said. Number one trigger is probably going to be trade policy. Number two, there could be a stock market correction. And number three, geopolitical crisis. When they looked for a housing slowdown, because that did come up - some people did pick that - that was all the way down at number nine.

So, again, in 2008, the housing slowdown, the situation in the mortgage industry, caused that recession. This year, we’re not even in the top eight reasons that a recession might take place.

So what will Housing Prices do?  Here is what the same experts said they projected. 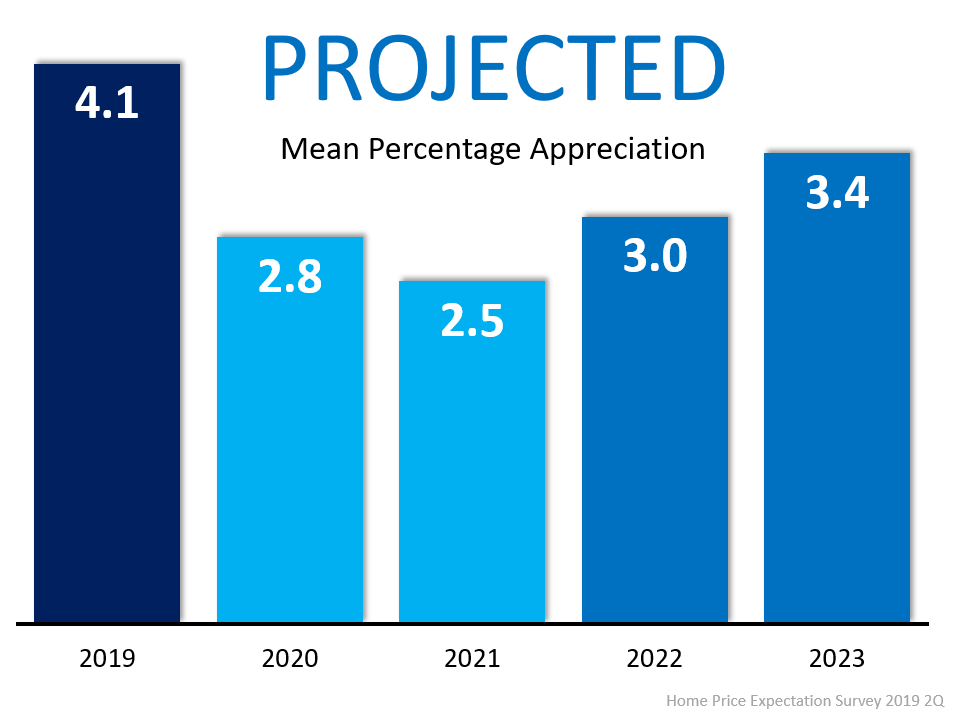 Again, those same people, that same day, on that same survey also projected where prices are going to be over the next five years.

And, as we can see, they think, this year, they’re going to finish up with a 4.1 percent appreciation. That appreciation is going to slow up over the next two years. And then, it’s going to come back and recover to normal historical appreciations, which is somewhere between 3.5 and four percent on an annual basis.

All we’re going to see is a slowdown in the amount or the percentage that homes are going up, not that they’re going to depreciate. 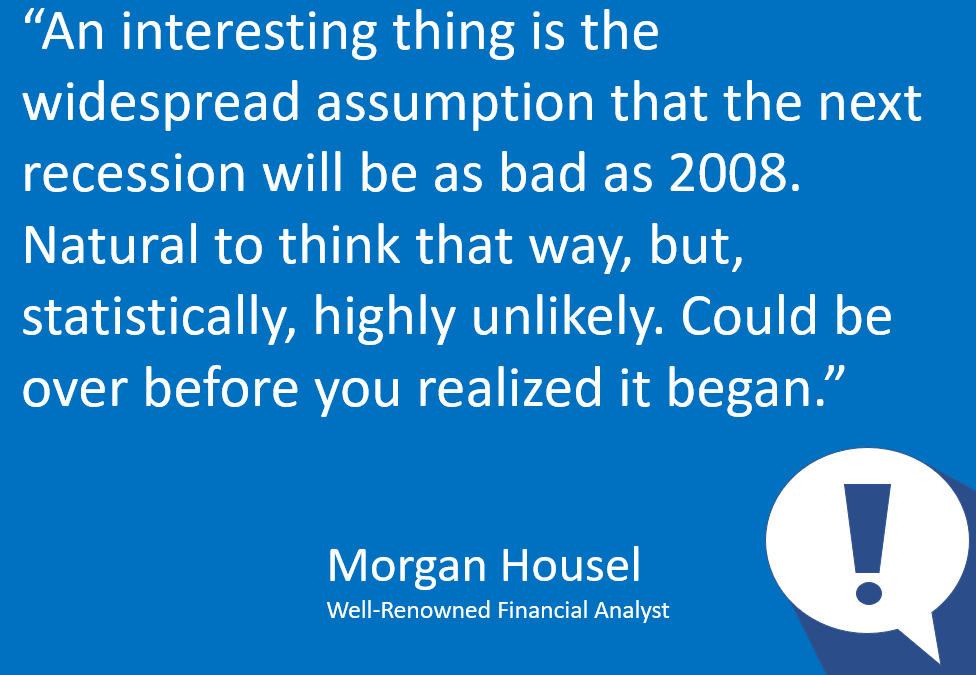 Let’s hope he’s right. Let’s hope, unlike 2008, where the plane crashed, this time the pilot can bring it down and land and have such a soft landing we don’t even feel the wheels hit the ground.

For this reason, we want our customers and clients to understand the impacts.  We have to make sure our clients are out in front of the narrative in the media and politics.  We can’t let the fear that a political campaign and the rhetoric that surrounds a political campaign frighten people into believing that 2008’s coming all over again, especially when it comes to their most important investment.  Their homes.

We hope you found this article informative.  If you ever have a question about your own unique individual circumstances.  Please feel free to contact us for a complimentary consultation.